Important to your discipleship… Godly influences! 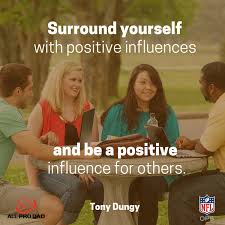 If you are living the Christian life today – walking with the Lord faithfully – who “discipled you” as a Christian?  I could use several other terms for the word “discipled” … Who “influenced” you most in your walk with the Lord?  Who “modeled” the Christian life for you?  Who “mentored” you?  Who served as a “Christian life coach” or “Spiritual life director” in your life so that you are living the Christian life today?  Here’s the deal… we all need that kind of person – every person who is following the Lord faithfully today has one or several individuals like that who have significantly influenced their “walk” with Christ!  Let me tell you, we owe them a lot!

Here’s my hunch (and I am quite confident the “hunch” is correct) – When you think about and identify that person (or persons) we’re probably not talking about someone standing behind a podium who taught a course on the “Christian life,” or someone who wrote a book on the subject, or someone who conducted a seminar on the subject, or did a series of podcasts you accessed.  These may all have been helpful in your walk with the Lord, but they were not the most significant.  The most significant was a living, breathing, person – a Christian friend who influenced you!  A model of the “Christ-life” who was significant in your walk with the Lord!

Every one of us who decides to follow Jesus needs a person (or several persons) like that in our Christian life!  Looking back I’ve have several… My godly parents (Ewalt and Vera Bartel) of course, then a godly neighbor (and former boss) – Les Dupuis, a high school teacher who took an interest in the quality of my spiritual life – Dean Sheneman, and the president of the university where I served as a prof and administrator for years – Dr. Delmer Guynes.  That’s just a few…  Who are the godly influences in your life who “discipled” you?

What prompted these thoughts in my mind?  Just yesterday I read a passage where Apostle Paul warned fellow Christians about the evil, godless influences in the world.  Then he reminded the believers he was writing to, “That is not the way you learned Christ!”  It’s interesting that the word translated “learned” in the passage is the verbal form of “disciple.”  So you could translate the phrase like this: “You were not discipled to follow Christ that way!”  He then reminds them of the ways they were “taught the truth in Jesus” and urges them to “Put off their old self, which belonged to their former manner of life” and to be “renewed in the spirit of their minds and to put on the new self, created after the likeness of God in true righteousness and holiness!” (Check it out in Ephesians 4:17-24)

Today, I’m incredibly grateful for all the godly Christian friends who have influenced my life in Christ!  And I’m determined to be a reliable, faithful, Christians example, model and friend to others who have decided to follow Jesus!  I want to help someone else “learn Christ” the right way!