Get out of the stands or the sidelines… Get into the game! 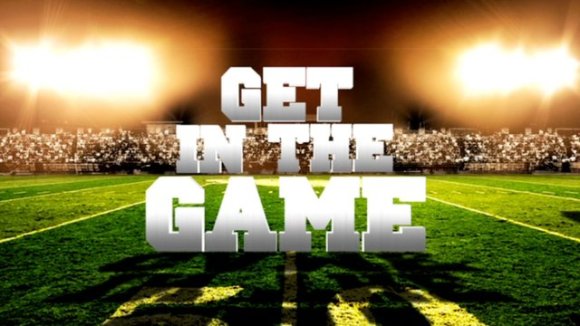 They’re usually standing on the sidelines or in the stands… They never get into the game. And for them, there’s really no excuse. They’re physically able, they may have even participated successfully in the past. But for some reason now they prefer not to be involved or committed. It may be fear, it may be timidity, it may be boredom, it may be dislike, it may be that they just don’t want to be involved! Oh, don’t get me wrong, they have an opinion about how the game should be played! Give them a minute and half an opportunity and to hear them talk, you’d think they’d be all-stars… But instead, they’re on the sidelines!

I read a statement this morning during my time of “coffee with the Lord” that left me frustrated! In fact I had a conversation with the Lord about it! Here is what Jesus said…

“Whoever is not with me is against me! And whoever does not gather with me scatters! (Luke 11:29)

I gotta tell you, I do NOT want to be that “Whoever” person! I don’t want to be uninvolved and noncommittal! I want to be “in the game!” I want to be a part of “the Lord’s win” – the “Kingdom’s success!” Hear me Lord… I never want to be an “armchair quarterback” second guessing everything the team does and picking apart every player’s performance… even criticizing the “coaches game plan” (that would be the God’s Divine redemptive strategy)! I want to be “in the game” – and even if I’m “on the bench awhile” I’ll be itching for my opportunity when He turns my way and says, “Bartel! Tell the QB, John 3:16 – you’ll take the Gospel and run right!” Just get me in the game! No sidelines for me!!