Momentum! – “the Big Mo” … The positive and the negative 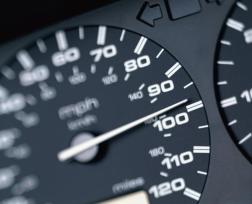 Momentum toward desired goals can be a wonderful thing in a ministry, an organization, or business! Momentum is also helpful in getting where you want to go in travel, in moving a heavy object, winning a game, or just completing a project. As someone told me recently, “Ya gotta have the big ‘Mo!”

But momentum can also be dangerous – even deadly. This morning I finished a very challenging run up a very steep mountain in San Diego… runners call them “gut busters!” Believe me, it was difficult to sustain momentum going up the trail to the peak of the mountain… Coming down, though, momentum was not an issue – in fact, it was a bit of a problem! Too much momentum on the rocky, steep trail and I could have experienced a painful, even dangerous fall. Momentum has killed people in car accidents!
In my Bible reading today I encountered both features of momentum – both the desired and the dangerous aspects. The story involves King David and is found in 1 Chronicles 18-21. Here are the key excerpts from the story…
David has been crowned king after the failure and death of Saul. David covenanted with the people to serve the Lord, and the Lord covenanted with David (1 Chronicles 17). Then David experienced incredible “momentum!” … “And the Lord gave victory to David wherever he went” (twice in 18:6 and 13 – in fact, read chapters 18-20) … Victory after victory over Israel’s enemies… And the riches poured in (18:9-11)
But “momentum” can be deceptive – it can lead to “presumption” if you’re not careful. It can generate pride and arrogance and make you feel invincible – it can cause you to take dangerous risks – it can lead to disobedience and compromise!
1 Chronicles 21 opens like this… “Then Satan stood against Israel and incited David to number Israel [a presumptuous sin motivated by pride]. So David told Joab and the commanders of the army, ‘Go, number Israel, from Beersheba to Dan, and bring me a report, that I may know their number.’ But Joab said, ‘May the Lord add to his people a hundred times as many as they are! … Why should my lord require this? Why should it be a cause of guilt for Israel?’ But the king’s word prevailed against Joab… the king’s command was abhorrent to Joab!” (21:1-6) God was displeased! … And “momentum” led to “presumption,” and “presumption” led to sin, and sin led to God’s judgment! (Read 21:7-17)
Here’s my takeaway from the story: Momentum in any enterprise is a valuable thing and can reflect the blessing of the Lord! But beware! Don’t “let it go to your head!” If you’re not careful, it can lead to presumption and pride! It must be managed with humility under the Lord’s direction and guidance. There are always two sides to momentum – the positive and the productive, and the dangerous and destructive.