“A Kingdom that Cannot be Shaken!” 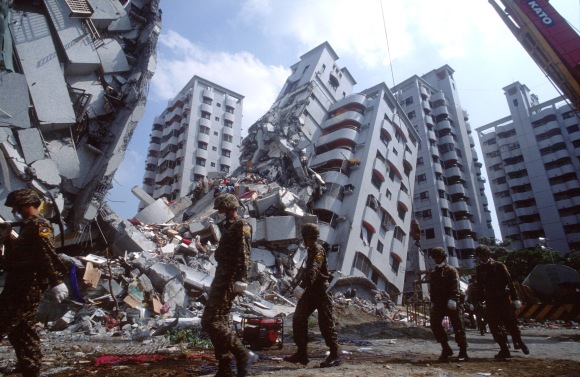 Powerful, strong earthquakes can be devastating!  Crumpled buildings, toppled high rises, weakened structures, fallen bridges, and most of all the loss of life, are the consequences of devastating earthquakes!

Those who live in earthquake zones have learned to construct buildings to withstand both the magnitude and intensity of an earthquake.  The “Richter Scale” is a measurement that has often been used to measure the strength of an earthquake.  Other measurements, however have gained popularity – the Moment Magnitude Scale (MMS) and the Mercalli Intensity Scale are also used.

The Bible documents a powerful “shaking” going on in the world right now.  We see its effects all around us.  However, Bible prophecy points to a future cosmic “shaking” referred to as “the Day of the Lord” which will test the strength and resilience of everything!  The issue will be, what will endure God’s “final shaking?”

“He has promised, ‘Yet once more I will shake not only the earth but also the heavens’ … In order that the things that cannot be shaken may remain.  Therefore, let us be grateful for receiving a Kingdom that cannot be shaken, and thus let us offer to God acceptable worship with reverence and awe!” (From Hebrews 12:26-28)

Let me tell you, His Kingdom – the Kingdom of Heaven – God’s Kingdom will endure!  It will be standing when everything else has failed and fallen!  I don’t know where that fits on a Richer Scale, a MMS, or the Mercalli Intensity Scale – but the specs on that Kingdom are, “Built to withstand an incalculable, immeasurable shaking!” … “And behold, with the clouds of heaven there came one like a son of man, and He came to the Ancient of Days and was presented before Him.  And to Him was given dominion and glory and a kingdom, that all peoples, nations, and languages should serve Him; His dominion is an everlasting dominion, which shall not pass away, and His kingdom one that shall never be destroyed!”  (From Daniel 7:13-14)  And at the end of time this declaration, “The kingdoms of this world have become the kingdom of our Lord and of His Christ, and He shall reign forever and ever!” (From Revelation 11:15)