A fundamental question… Am I willing to trust God – to believe on Him? 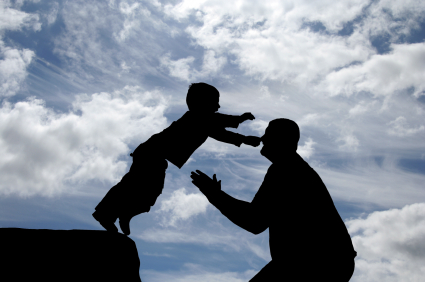 God wants us to trust Him – to “believe” Him – as a primary, fundamental, spiritual requirement! Belief is actually prior to and basic to “loving God” (which is the 1st commandment). I must “trust” the Lord – I must “believe” Him in order to “love” Him and “obey” Him.

Believing another person is easier (or more difficult) depending on who the person is we’re being asked to trust. Picture a very influential person with a lot of money and a great reputation… What if they told you that they would take care of a huge need you had? Would you expect “the money to be in the bank” – would you expect the initiative to be taken in order to meet the need you had – would you proceed as though the problem had been solved (or at least that it would be solved expeditiously)? I’d guess that you would. You’d trust them – you’d believe them.

But what about God? What about Jesus? Do you trust Him that completely! That’s a fundamental Spiritual prerequisite for receiving ANYTHING from Him! (Check out Hebrews 11:6) There’s a story in the Bible that illustrates the importance of this truth!

At Capernaum there was an official whose son was ill and at the point of death. Jesus was in the vicinity and so the official went to see Him and asked Jesus to come down and heal his son. Jesus seemed to put him off with these words: “Unless you see signs and wonders you will not believe!” But the man persisted – he pressed through the obstacle! He told Jesus, “Please come down before my child dies!”

Then Jesus tested his faith! He told the official, “Go; your son will live.” What would you or I have done in that moment? That’s a good question, isn’t it? Perhaps we would have argued… We might have delayed expecting Jesus to do more… or we might have thrown up our hands in despair and cried, “That’s unreasonable! Come on Jesus! Just do what I asked you to do!”

But here’s what the official did: “The man believed the word that Jesus spoke to him and went on his way. As he was going down, His servants met him and told him that his son was recovering! So he asked them the hour when he began to get better, and they said to him, ‘Yesterday at the seventh hour the fever left him.” The father knew that was the very hour when Jesus had said to him, ‘Your son will live.’ And he himself believed and all his household.” (From John 4:46-54 ESV)

Belief is so basic – so fundamental! That story in the Bible challenges me! My cry? Oh Lord help me to trust You in everything and act upon what Your word instructs me to do!