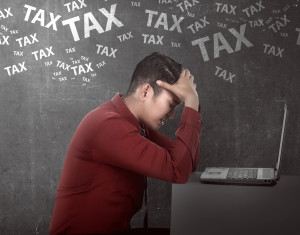 Today’s “Coffee with the Lord” post is a funny mix… In part in comes from my Bible reading today… It also is tied to Tax Day – April 15… and tells of an important lesson the Lord taught me. I urge you to read the whole thing. I’m convinced the Lord is going to use it to help someone today!
———————————–
Have you ever faced a crisis that had impossible written all over it? It was about to make you panic! You didn’t know what to do and it really seemed like you had nowhere to turn. Problem was, it was a crisis, if the truth were known, of your own making. You had made some bad decisions – you had been irresponsible and headstrong, and you were reaping the results! You needed a miracle and you needed one quick. You knew you didn’t deserve one… but you needed one.
Here’s what King David did in a crisis – I read it in my devotions today! He cried out to God and said, “O God, save me by your Name! Vindicate me by Your might! O God, hear my prayer! Give ear to the words of my mouth!” (From Psalm 54:1-2)
That’s a good prayer to passionately pray in a crisis – in an impending disaster. I prayed like that one day! In fact I prayed it on April 15 many years ago… Income tax day!!
My taxes were due! I am considered “self-employed” so I have to plan and budget in order to pay my taxes in a timely way. I have a moral obligation to do it… The Bible says, “Pay tax to whom tax, tribute to whom tribute.” (Romans 13:7) I was young, frivolous and irresponsible and had not done a good job of planning, had neglected stewardship, and done quite a bit of foolish spending. Now the taxes were due and I didn’t have a clue how I would pay them! I cried out to the Lord for miraculous provision! Someone would surely feel prompted to send me just the right amount of money! Or perhaps I would go fishing and like the miracle in the New Testament find the money in the mouth of a fish! (cp. Matthew 17:24-27)
No sooner were the words of my prayer of desperation out of my mouth than the Lord spoke very clearly to me. Here’s what he said to me: “Son, that tax bill is NOT my problem, it’s yours! You were irresponsible and did not practice stewardship. Now here’s what I want you to do… You go down and ask the bank for help and I’ll give you favor to obtain a loan to pay your tax bill. Then I want you to behave yourself, manage the money I’ve given you, and I’ll help you repay that loan!” I did what He told me to do and I obeyed and learned my lesson. He did help me to repay the loan (and early)! I learned an important lesson… God hears prayers like Psalm 54:1-2… and answers them! But He is our Heavenly Father developing mature, responsible, sons and daughters of integrity. And He still performs miracles of provision (and in more than one way)! I’m still learning… and still trusting Him!